Private Tour: Agra and the Taj Mahal Day Trip from Delhi (Except Friday)


Marvel at the world's greatest monument to love, the Taj Mahal and magnificent Agra Fort on this unforgettable private tour. you will travel by chauffeured air-conditioned vehicle between Delhi and Agra and enjoy personalized attention as you discover the magical history and romance of royal India. On arrival in Agra you will meet your english speaking guide. 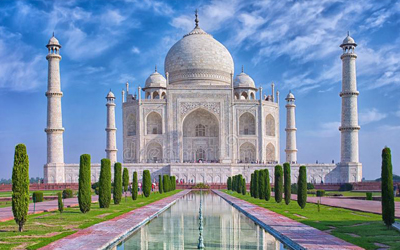 To begin your day trip to Agra, you will be pcked up at 7:00A.M. from your Delhi hotel. As you travel the 124 miles (204 kilometers) to Agra you will be amazed by the colors and diversity of India displayed in everyday life.

On arrival in Agra, your first stop is the sublimely beautiful Taj Mahal, The most beautiful building in the world. In 1631 the emperor Shah Jahan built the Taj Mahal in memory of his wife Mumtaz, who died in childbirth. Taj Mahal is regarded as one of the eight wonders of the world, and some Western historians have noted that its architectural beauty has never been surpassed. The Taj is the most beautiful monument built by the Mughals, the Muslim rulers of India. Taj Mahal is built entirely of white marble. Its stunning architectural beauty is beyond adequate description, particularly at dawn and sunset. The Taj seems to glow in the light of the full moon. On a foggy morning, the visitors experience the Taj as if suspended when viewed from across the Jamuna river. Three artists designed it: a Persian, an Italian, and a Frenchman. But the design is completely Mohammedan. Even the skilled artisans who built it were brought in from Baghdad, Constantinople, and other centers of the Muslim faith. For 22 years more than 20,000 workmen were forced to build the Taj. The Maharaja of Jaipur sent the marble as a gift to Shah Jahan. The building and its surroundings cost more than $200,000,000 in todays currency.

Continue by road across the Yumuna River to the red sandstone Agra Fort, is a UNESCO World Heritage site located in Agra, India. It is one of the most important and robustly built stronghold of the Mughals, embellished with number of richly decorated buildings encompassing the imposing Mughal style of art and architecture. It was constructed by the third Mughal emperor Akbar on the remains of an ancient site known as Badalgarh. Sikandar Lodi (1487-1517) was the first Sultan of Delhi to shift his capital from Delhi to Agra. After Sikandar Lodi who died in 1517, his son Ibrahim Lodi held the fort for 9 years until he was defeated and killed in the battle of Panipat in 1526. Several palaces, wells and a mosque were built in the fort during the Lodi period. 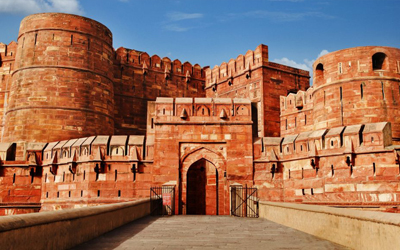 Return to Delhi and to your hotel by road. Please note the journey between Delhi and Agra will take between four and five hours. IMPORTANT NOTE: The length of the trip can vary depending on the unpredictable traffic conditions, so plese be prepared for a long day.

Hotel pickups commence prior to this time, you must contact us to verify your exact pick up time.

Times are subject to change due to local traffic conditions.

Returns to original departure point at approximately 20.00 hrs depending on trafic

Drivers Detail Along with Cell Number and Vehicle number:

Complete information, including local telephone numbers of Chauffeur his name and vehicle number will be provided on your Confirmation mail. we select only the most experienced and reliable chauffeur's in each destination, removing the guesswork for you, and ensuring your peace of mind.


Note : Taj Mahal is closed on friday for prayer and maintenance.